I recently decided after adding a load of tanks to my Rogue Trader Army that the time had come to expand the Space Marine Infantry once again. In light of this I dug out some bits from the original plastic RTB01 box set and prepped them for painting.... 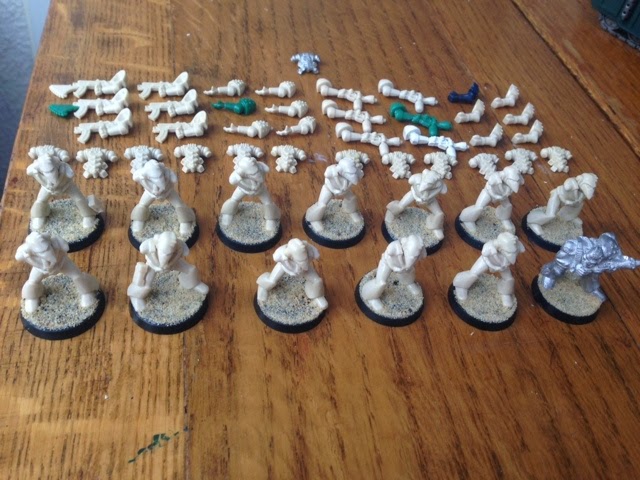 They were also accompanied by a lone metal flamer marine. As I've said previously I'm gearing this army for use with the recent Forge World Horus Heresy Rules and as such I am adjusting my squad layouts for this format. In a Space Marine Legion Army one difference is that Tactical Squads can only have bolters (no special or heavy weapons) but the pay off for this is that you can also take Tactical Support Squads where every trooper has a special weapon. In light of this I'm going to be doing a full squad of flamers.... Burn baby burn... Even nastier when you consider Salamanders add +1 strength to flame weapons. 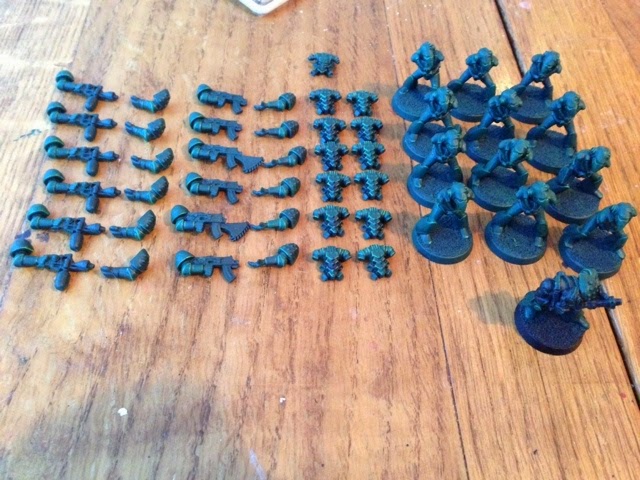 I started off by assembling the models then undercoating them green (Caliban) before adding various stages of highlights. These old marines are a pleasure to paint, and I was more than happy to do 13 at a time without getting bored. 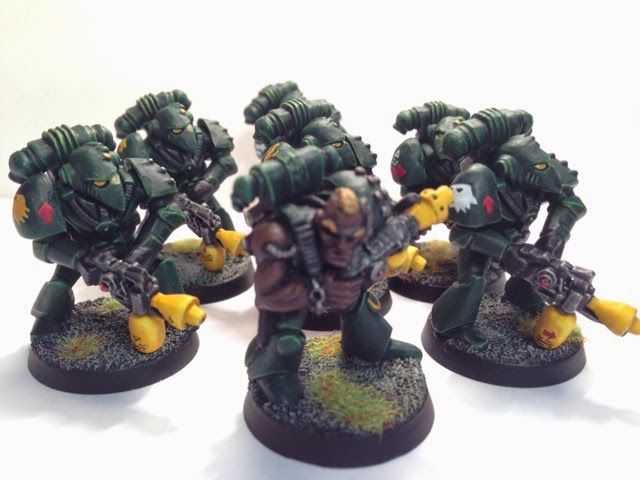 And voila....the completed flamer squad. I decided to paint the flesh tone fairly dark as I wanted to nod to the Salamanders origins without going down the ridiculous red-eyed sable marines that GW have retconned them with. This is my first attempt at a black skin and I am quite happy with how it turned out! 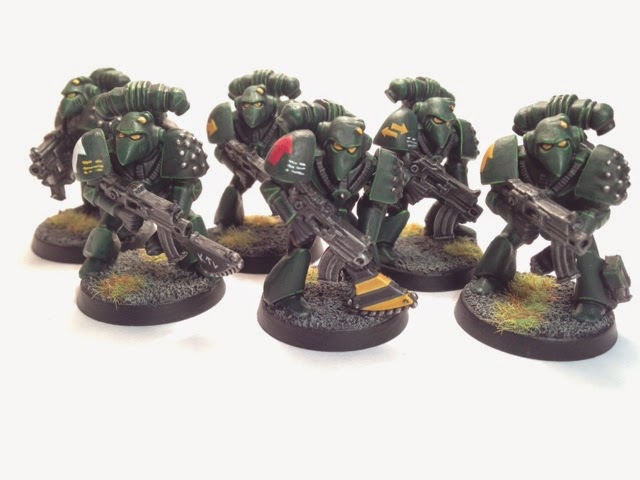 The bolter marines are also ready to go.... I have added my signature hazard stripes and a retro 'KIL' motif to the chain blades.

It is really good to get these guys painted and I'll be taking them to Warhammer World at the weekend with for a game with my girlfriend on one of their bespoke uber tables! I'll let you know how it goes!

Posted by LegioCustodes at 13:42