Battle for Armageddon... Remember this?

Another Great British bank holiday...and inevitably this means another rain storm! Luckily being a geek this is fine by me and so instead of bemoaning the weather I have cracked out some old school gaming to pass the time.

Due to the horrendous weather I couldn't be bothered to brave the rain to get to my gaming shed for my usual resources (I.e. Terrain) and so I thought I would try something a little different instead... 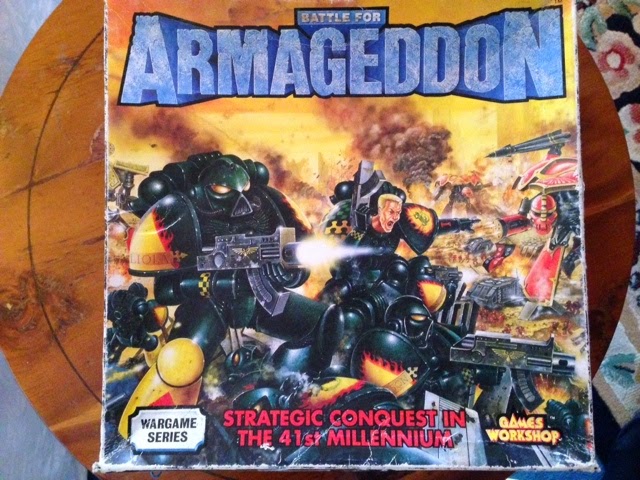 So after a little contemplation I cracked out 'Battle for Armageddon' ... This was one of a series of strategic level board games that were designed by Jervis Johnson and released by GW back in the early 1990s.

As the name suggests it is set on the Imperial world of Armageddon during Ghazkull's first invasion with one player taking the side of the Orks and the other playing the besieged Imperials.

Unlike most other GW games this boxed set doesn't use miniatures to represent the troops, but instead card counters are utilised to represent entire divisions of armour; brigades of guardsman and companies of Space Marines. 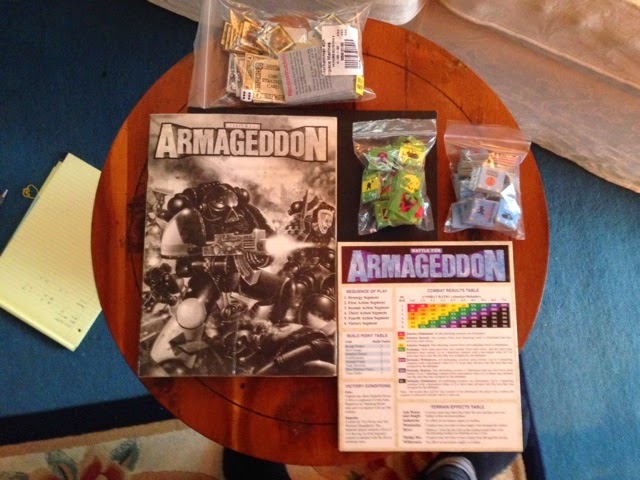 As well as numerous troop counters there is a rulebook (very similar to the Black and a White publications that are found in all GW games circa 1989-1992), a quick reference card, two dice and some Strategic Assets Cards which provide unique advantages at certain points in the battle.

The board itself is a lavish; well-made map of the Armageddon battlefield divided into board squares... 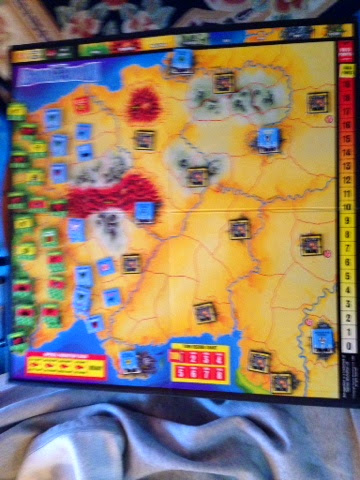 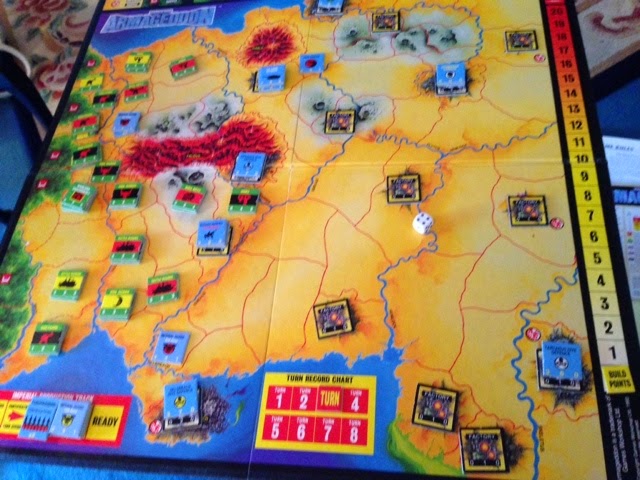 The point of the game is for the Orks and Imperials to meet certain Victory Conditions before their opponent. The Orks need to swarm across the land and seize/destroy three out of five of the Imperial Hives whilst the Imperials need to retain control of these structures and kill Ghazgull.

The more hives (and secondary factories) the Imperium controls directly affects how many reinforcements they can generate each turn, and so defending them is key to success. The Imperium get a reprieve mid way through the game when the entirety of the Blood Angels, Salamanders and Ultramarines Chapters make planetfall led by the heroic Commander Dante. 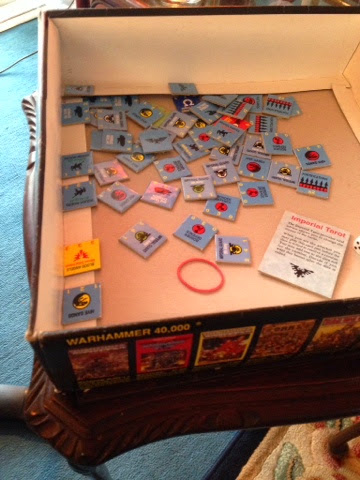 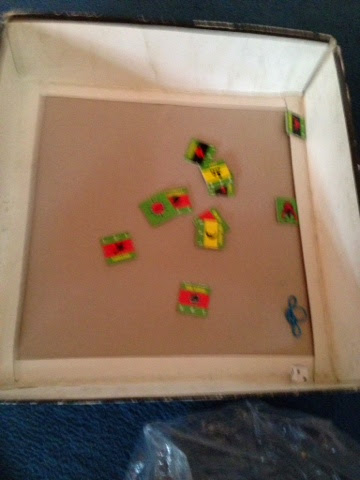 The Orks initially start with a strong numerical advantage; but if the Imperials can hold out long enough then the attrition and reinforcement ratio swings considerably to their favour.

Each card counter has three values (attack-defence-movement) and players need to consider these values carefully when committing their forces to combat. 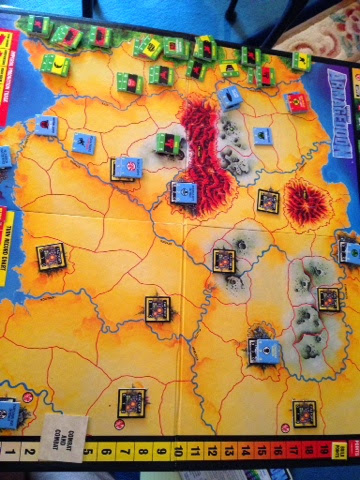 On the subject of which combat is fairly complex but quickly becomes intuitive; and is based on rolling a D6 and comparing the result on a table which is influenced by the ratios of friendly and enemy warriors involved. A good grasp of mathematics and a calculator are required in order to speed things up!

When we played I took on the Ork mantle whilst my dedicated girlfriend (Inquisitor Athena) suffered playing the Imperials. The game took a few hours and started off a bit slowly but became far more fluid towards the end.  It was like playing an advanced version of Risk.

The final result was a hard fought draw for both sides, though it was very close and I reckon one more turn would have seen the Orks routed and butchered!

Overall it was quite fun and whilst definitely not one of my favourite games it did kill a few rainy hours nicely, and make a change from 40k and Epic!

Posted by LegioCustodes at 07:10